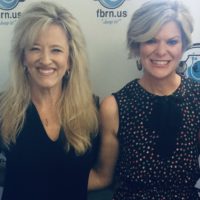 “This will make your day!!” That’s how the message from Kelli Mikkelson to Ampcare co-founder Ronda Polansky began.

Ronda was open to anything that makes for a good day.

“I’ve been meaning to tell you I had the best patient ever!” said Kelli, who proceeded to explain:

“This 50-year-old man with a heart condition began showing symptoms of stroke after heart surgery.  One of these symptoms included his inability to swallow and he ultimately required a feeding tube as his main source of nutrition and hydration. He began therapy for his swallowing difficulty with a speech therapist at the hospital using Ampcare’s FDA-cleared medical device.  (This device provides clinicians an alternative for treating patients who suffer from swallowing difficulties, also known as dysphagia.)

Although he made some progress, he was discharged home with the feeding tube and continued therapy at home with another speech therapist, also certified and trained to use Ampcare ESP (Effective Swallowing Protocol). She continued his ESP treatment, advancing him properly in the modality coupled with appropriate traditional dysphagia exercises, i.e.  ice chips, effortful swallows and tongue exercises.)

After three months of dysphagia treatment with Ampcare ESP, he was re-assessed under video-fluoroscopy (a Modified Barium Swallow Study) and determined safe to begin eating and drinking again. His feeding tube was removed and he is enjoying the pleasure of having his cup of coffee each day.

“ESP gave this man back his life!!!! I know you feel like you are being kicked from every angle, Ronda, (but) there are battles being won every day because of you!

I will always be one of your biggest fans!” 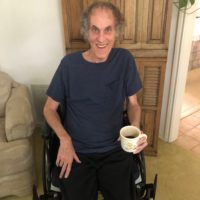 “This treatment testimony and picture were sent to me by the treating SLP, Kelli; her patient wanted to send a picture of himself ‘drinking his cup of joe’ and to say ‘thank you from the bottom of his heart.’ The message did make my day,” Ronda said. “This is exactly why I chose this area of specialty in dysphagia and the reason Ampcare does what it does.

“Our goal as a company, and ultimately as healthcare professionals, is to serve.  We get up each day to live life, and when you get to be someone who makes someone else look forward to tomorrow, that is confirmation you are walking out your purpose. Everyone wants to be the sun to brighten someone’s day, but it sometimes makes you feel even better to be the moon to brighten their darkest hours. This is his testimony, but it ultimately becomes mine as well.”